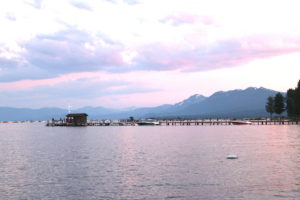 The idea and formula for the Individual Parcel Evaluation System commonly known as IPES was developed around 1987 by the Tahoe Regional Planning Agency (TRPA) as a means to determine which parcels of vacant land in the Tahoe Basin were suitable for development.

IPES assigned a numerical score to vacant parcels and ranked the parcels within each local jurisdiction according to their relative suitability for development. Any parcel with a “top rank” score, which was initially established as a score of 726 or above, may obtain a building permit from TRPA and their local county.

How were the vacant parcels scored?
IPES field teams consisting of a soils scientist, a hydrologist, and a planner/engineer visited vacant parcels. Based on their analysis, TRPA evaluated each parcel according to the following criteria: relative erosion hazard, runoff potential, access, stream environment zones, condition of watershed, ability to revegetate, need for water quality improvements in vicinity, and distance from Lake Tahoe shoreline. See below for details.

Over a period of several years, the “top rank” number of lots was anticipated to gradually increase. The “buildable” score would drop from the initial 726, to include more and more parcels, subject to a number of environmental safeguards. These safeguards included requirements for the installation of an expanded water quality monitoring program and a proportional reduction in environmentally sensitive parcels by a variety of acquisition programs.

For ¾ of the Lake Tahoe Basin the IPES system performed as expected, the “buildable” score slowly lowered and the status today is as follows:

So what happened to Placer County?

Essentially it was an unforeseen flaw in the original formula together with the manner in which the officials at Placer County reported the raw data back in the late ‘80’s about how many vacant parcels existed within the Placer County boundaries.

The proportional ratio of environmentally sensitive parcels to total vacant parcels is the single threshold that has not been met within the boundaries of Placer County, and thus the “buildable” IPES score has never lowered in Placer County.

Hundreds of properties within the political boundaries of Placer County remain hamstrung by the mistakes made 30 years ago. One would think TRPA’s board of directors would give all property owners within the Tahoe Basin equal opportunity to enjoy their land. That time needs to come.

Stream Environment Zones (110 pts max)   Based on encroachment of utilities, excavation, and grading on SEZ’s

Ability to Revegetate (50 pts max)   Based on ability of site to be revegetated, considering soil and site properties 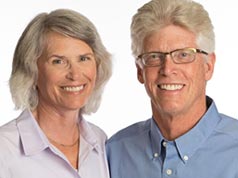